Why Stainless Steel 304 is One of the Best Choice for Metal Straws?

Home/Blogs/Why Stainless Steel 304 is One of the Best Choice for Metal Straws?
Previous Next

Why Stainless Steel 304 is One of the Best Choice for Metal Straws? 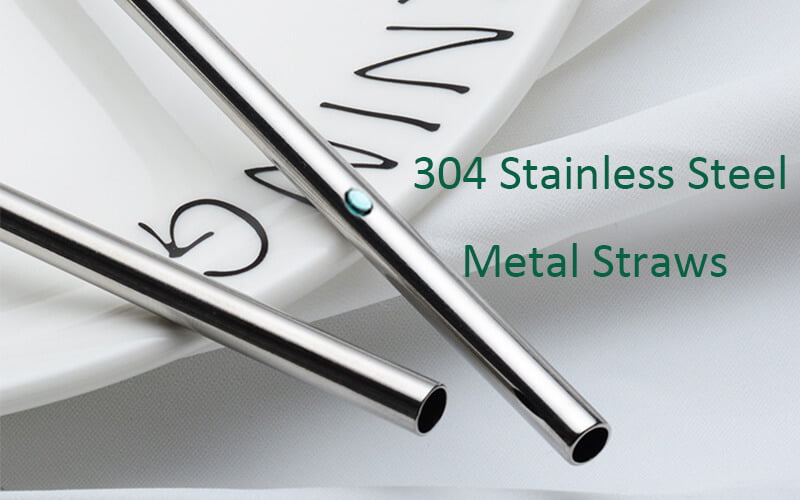 Below is the details about stainless steel 304:

The corrosion resistance of iron-chromium alloys was first recognized in 1821 by French metallurgist Pierre Berthier, who noted their resistance against attack by some acids and suggested their use in cutlery. Metallurgists of the 19th century were unable to produce the combination of low carbon and high chromium found in most modern stainless steels, and the high-chromium alloys they could produce were too brittle to be practical.

In 1872, the Englishmen John T. Woods and John Clark patented a “Water Resistant” alloy in Britain, that would today be considered a stainless steel.

In the late 1890s, Hans Goldschmidt of Germany developed an aluminothermic (thermite) process for producing carbon-free chromium. Between 1904 and 1911 several researchers, particularly Leon Guillet of France, prepared alloys that would today be considered stainless steel. ( from wikipedia)

There are five main families, which are primarily classified by their crystalline structure:

Thin sheets and small diameter bars can be strengthened by cold working. Their austenitic microstructure gives them excellent formability and weldability and they are essentially non-magnetic and maintain their ductility at cryogenic temperatures.

They can be further subdivided into two sub-groups, 200 series and 300 series:

200 Series are chromium-manganese-nickel alloys, which maximize the use of manganese and nitrogen to minimize the use of nickel. Due to their nitrogen addition they possess approximately 50% higher yield strength than 300 series stainless steels. Type 201 is hardenable through cold working; Type 202 is a general purpose stainless steel. Decreasing nickel content and increasing manganese results in weak corrosion resistance.

300 Series are chromium-nickel alloys, which achieve their austenitic microstructure almost exclusively by nickel alloying, some very highly alloyed grades include some nitrogen to reduce nickel requirements. 300 series is the largest group and the most widely used. The best known grade is Type 304, also known as 18/8 and 18/10 for its composition of 18% chromium and 8%/10% nickel, respectively. The second most common austenitic stainless steel is Type 316. The addition of 2% molybdenum provides greater resistance to acids and to localized corrosion caused by chloride ions.

Low-carbon versions, for example 316L or 304L, are used to avoid corrosion problems caused by welding. The “L” means that the carbon content of the alloy is below 0.03%, which prevents sensitization (precipitation of chromium carbides at grain boundaries) caused by the high temperatures involved in welding.

Superaustenitic stainless steels, such as Allegheny Technologies’ alloy AL-6XN and Outokumpu’s alloy 254 SMO, possess even greater resistance to chloride pitting and crevice corrosion because of their high molybdenum content (>6%) and nitrogen additions. They possess useful service to seawater applications. ( from wikipedia)

In a word,  SUS 304 Austenite is the best known type for kitchenware and tableware, flatware. As more and more countries baned the plastic straw, metal straws is becoming more and more popular. So the stainless steel 304 is the best choice to make metal straws naturally. 316 stainless steel is also the food grade type to make the metal straws, but the price is a little higher, so Stainless Steel 304 Metal Straw is the hot seller one.